Riverside County Office of Education Board Policies 4020 and  5131.6 prohibits the use, possession, and distribution of illicit drugs or alcohol products  at all times on all property and in all facilities owned, leased, and/or operated by RCOE, whether indoors or outdoors. Violation of Board Policy may result in any or all of the following actions:

A federal or state drug conviction of possession or sale of drugs can disqualify a student from receiving financial aid.   Effective July 1, 2000: If a student is convicted, by a court of Law, of a drug offense, he or she may be ineligible for Title IV funds.

The chart below illustrates the period of ineligibility for financial aid, depending on whether the conviction was for sale or possession and whether the student had previous offenses. (A conviction for sale of drugs includes convictions for conspiring to sell drugs.)

Ineligibility is longer if convicted for both possessing and selling illegal drugs.

Statement of Philosophy and Purpose

It is the intention of the School of Career Education to provide an environment that maximizes academic achievement and personal growth.  The School of Career Education recognizes that alcohol, tobacco, and other drug use or abuse poses a significant threat to the health, safety and well-being of users and the people around them.  Substance abuse also interferes with academic and career interest and can lead to health, personal, social, economic and legal problems.

The abuse of narcotics, depressants, stimulants, hallucinogens, or alcohol can cause serious detriment to a person’s health. The risks associated with the misuse of the previously mentioned drugs vary but include, and are not limited to: convulsions, coma, paralysis, irreversible brain damage, tremors, fatigue, paranoia, insomnia and possible death.  Drug and alcohol abuse is extremely harmful to a person’s health, interferes with productivity and alertness, and working while under the influence of drugs or alcohol could be a danger to the employee, faculty or student under the influence and fellow workers, faculty and students.

Described below are some of the additional dangers and symptoms relative to use/abuse:

Commonly known as “pot”, it is a plant with the botanical name of cannabis sativa.  Pot is almost always smoked but can be ingested. Use causes the central nervous system to become disorganized and confused. Most users experience and increase in heart rate, reddening of eyes and dryness of the throat and mouth. Studies have proven that marijuana’s mental effects include temporary impairment of short term memory and an altered sense of time. It also reduces the ability to perform tasks requiring concentration, swift reactions and coordination. Feelings of euphoria, relaxation and bouts of exaggerated laughter are also commonly reported.  Smoking “pot” may cause: brain chemical changes, an altered reality, physically damaged lungs, emphysema, chronic bronchitis, and lung cancer, a weakened immune system, damage to sperm in males, irregular menstrual cycles in females, reduced fertility and sex drive.

Cocaine is a stimulant drug, which is derived from the coca plant. Street cocaine is available in the form of a powder or a “rock” of crack and is most commonly inhaled or smoked.  Cocaine increases the heart and blood pressure and is very addictive.  Crack is a form of smoke able cocaine named for the popping sound it makes when burned.  It is a mixture of cocaine, baking soda and water.  It is 5-10 times more potent than cocaine and is extremely dangerous. It has been reported that addiction can occur with as few as two “hits”. Some of the symptoms of cocaine/crack abuse are: personality changes, unexplained weight loss, excess sniffing and coughing, insomnia, depression, irritability, neglect of responsibility toward work, school, family and friends and panic attacks.

In small doses, alcohol has a tranquilizing effect on most people, although it appears to stimulate others. Alcohol first acts on those parts of the brain that affect self-control and other learned behaviors; lowered self-control often leads to the aggressive behavior associated with those who drink. Alcohol use can also quickly cause dehydration, coordination problems and blurred vision.  In large doses, alcohol can dull sensation and impair muscular coordination, memory and judgment.  Taken in larger quantities over a long period of time, alcohol can damage the liver and heart and cause brain damage and a great number of other health, medical and social issues.

These are also known as psychedelics.  The effects vary; the same person may have different reactions on different occasions.  Most users affected by changes in time and space perception, delusions and hallucinations.  The effects may be mild or overwhelming, depending on the dose and quantity or the drug.  Physical reactions range from minor changes such as dilated pupils, a rise in temperature and heartbeat to tumors. High doses can greatly alter the state of consciousness. After taking a hallucinogenic, the user loses control of thought process.  Although many perceptions are pleasant, others may cause panic or may make a person believe that he or she cannot be harmed.  These delusions can be quite dangerous.

Heroin is a narcotic, which relieves pain and induces sleep.  Commonly known as “junk” or “smack”, heroin is a highly addictive depressant and has been attributed as the cause of many deaths. Obvious symptoms include “pin point pupils”, drowsy, lethargic slurred speech and an inability to concentrate. Related medications used to treat pain include oxycontin and oxycodone, methadone and codeine.  The abuse of painkillers ranks second only to the abuse of marijuana in the United States.  Heroin users experience a high rate of infectious disease due to a weakened immune system and dirty needles shared by users.  Children can be born addicted or can become addicted from heroin in the mother’s milk.

Depressants are highly addictive.  They are usually known as “downers”.  A user may be drowsy, lethargic, suffer from memory loss and have slurred speech.  Many lawful drugs that have a depressant feature are from the family of drugs called barbiturates.  More serious effects of the abuse of downers are liver damage, paradoxical anxiety and excited rage, coma and death.

(MDMA) Also known as XTC, X, E and Molly, Ecstasy is a mind altering drug with hallucinogenic and speed like side effects. Often used at raves it is taken to promote loss of inhibition, excited-ness, euphoria energy and sexual stimulations.  Ecstasy increases the amounts of serotonin in a person’s brain, which causes increased energy and cheerfulness; it also contains anti-coagulative properties, which can cause a person to bleed to death if injured.  Ecstasy can also cause serious brain damage in a short time. Side effects of ecstasy are: depression, increase in heart rate and blood pressure, muscle tension, nausea, blurred vision, faintness, chills, brain damage, organ damage and death. Similar “designer drugs” include MDEA and MDA (also known as “Adam” and “Eve”)

Methyphenidate (Ritalin) is a medication prescribed for individuals (usually children) who have a abnormally high level of activity or attention-deficit hyperactivity disorder (ADHD). It contains amphetamines and can be abused as a stimulant by those other than for whom prescribed.  When abused, the tablets are either taken orally or crushed and snorted.  Some abusers dissolve the tablets in water and inject the mixture – complications can arise from this because insoluble fillers in the tablets can block small blood vessels.

Gamma-hydroxyl butyrate is an intoxication chemical with medical, recreational and potentially dangerous uses.  Its use is illegal for any purpose in the United States. Nicknamed the “date rape drug”, it is a clear liquid often mixed in drinks to promote relaxation or increased sociability.  When taken, side effects can be: drowsiness, dizziness, vomiting, amnesia, decreased motor skills, slurring of speech, unrouseable sleep (coma) and death.  GHB was used a dietary supplement until banned by the FDA. GHB is now illegal in the United States. Common slang names for GHB are: G, Liquid X, GBH, Gamma-oh, Blue Verve, Grievous Bodily Harm, Goop and EZLay. 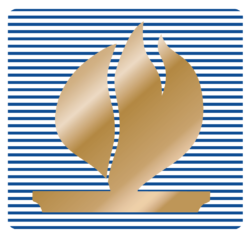 Sign Up For Our Newsletter
View recent SCE eNewsletters: And visit our SCE News page for all archived news posts and eNewsletters.

Share Your Success Story
Are you currently attending, or did you attend/graduate from an SCE program? We would love to hear about your experience as an SCE student.
Norte Vista High School